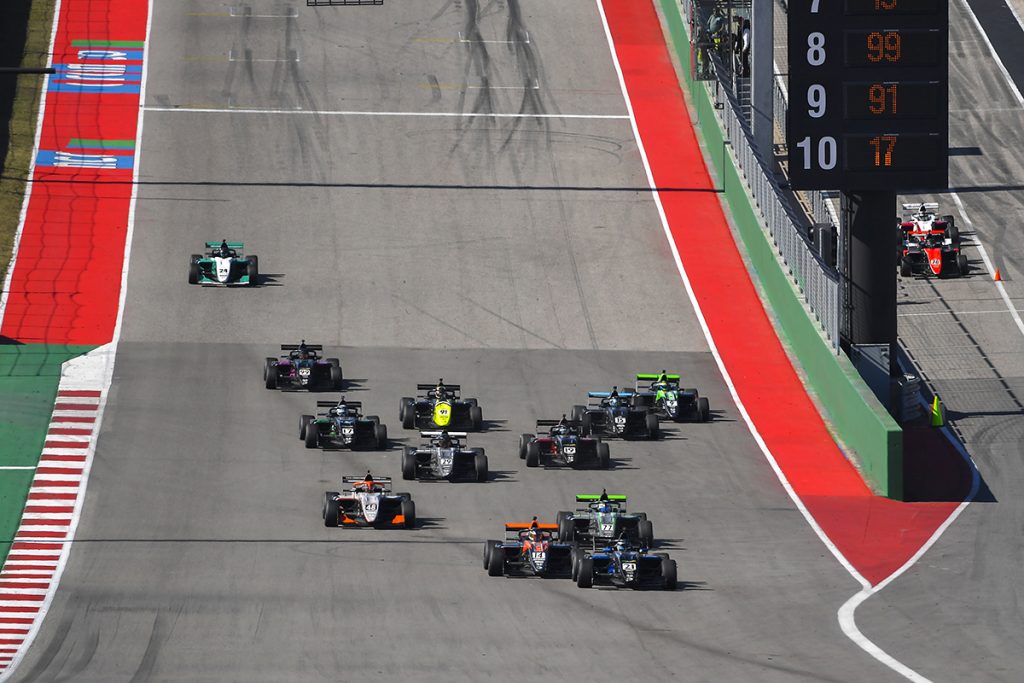 TJ Speed is coming out guns blazing this year attempting to secure the top spot in the FR Americas Championship Powered by Honda. Claiming the Driver and Team Championships in 2021, TJ Speed will be looking to repeat the success for the second year in a row. With all four drivers finishing in the top-ten last season, TJ Speed has the knowledge and experience to repeat.

TJ Speed will return to the track this year with their former F4 United States Championship drivers Jason Alder and Nick Persing, who are looking to have success in their first year of the Formula Regional Americas season. A new addition to the team is Raoul Hyman, who will also make his series debut at NOLA Motorsports Park this weekend and comes from a wealth of experience and results in Europe as he enters the FR program as part of the PMH Driver Diversity program.

Making his North American open-wheel debut this weekend, Hyman comes as a beneficial asset to the team having raced in several big name series with success. His age and wealth of knowledge will perhaps provide the team an upper hand to stay ahead. Having attended the series test at NOLA Motorsports Park last week, Hyman and the team have been taking their time getting into the groove and getting it right in preparation for the start of the Formula Regional Americas season opener.

“We have a strong trio of drivers in 2022,” explained TJ Speed’s Tim Neff. “While we ran four in 2021, we have downsized slightly to provide more personal attention to our drivers. We have a great shot at multiple race wins, podium results and both the Team and Drivers Championships in 2022 and that is the goal.”

Among Hyman’s two teammates, Jason Alder hopes to climb even higher this year in the Driver Championship than his third place finish in the Formula 4 US Championship last year as Alder looks to build off his success in 2021 and recent Formula Pro USA Winter Series Championship victory in February. Both Alder and Nick Persing are new to TJ Speed Motorsports in 2022 but bring speed and drive to the championship winning program.