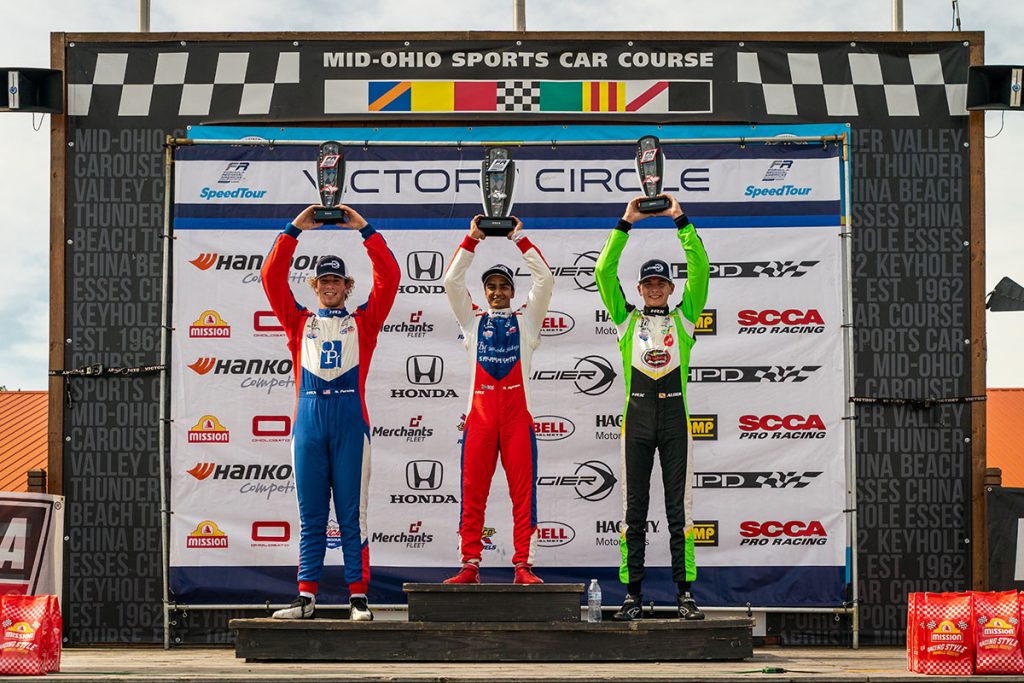 In the first of two back-to-back weekends at the Mid-Ohio Sports Car Course, TJ Speed would once again bring a trio of drivers to the FR Americas Championship Powered by Honda. With all three standing on the podium at least once this season including a pair earning a minimum of one victory, Raoul Hyman, Jason Alder, and Nick Persing were hoping to keep their podium streak alive and extend their lead in the overall Team Championship. 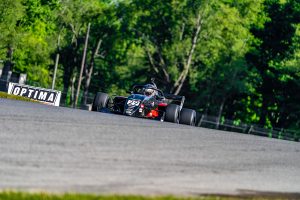 TJ Speed drivers hit the track on Thursday for pre event testing and did so with speed. Progressing through the day’s test sessions, it was apparent that Hyman, Alder, and Persing would be the trio to beat heading into official competition.

After the one and only official practice on Friday morning, it was straight into the ever important qualifying session that afternoon and TJ Speed continued to flex their muscles. With three cars in the field, the 2021 Team Champions swept the top three positions on the time charts with point leader Raoul Hyman leading the way ahead of Jason Alder and Nick Persing. 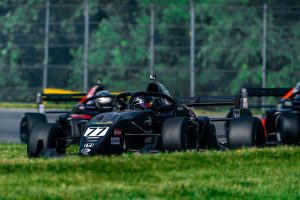 “Great way to start the weekend,” expressed Tim Neff. “Tomorrow we will be back for one race as we look to keep our drivers at the pointy end of the grid and earn another win and potential podium sweep for the second race in a row.”

Listening to their team boss and doing just that, it was an all TJ Speed podium led by current point leader Raoul Hyman who led from lights to flag. Taking the lead early and never looking back, Hyman earned his fourth win of the season to extend his point lead. Celebrating on the podium, Hyman was joined by Nick Persing in P2 who earned his second consecutive podium result and Jason Alder in third. With the rest of Saturday off, TJ Speed would begin prep for rounds two and three that would take place on a jam-packed Sunday. 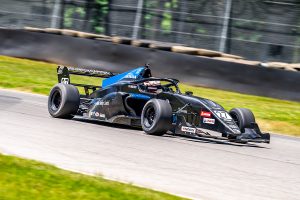 Raoul Hyman continued where he left off the day prior pushing his #27 entry from the pole position to victory lane in another lights to flag victory. Untouchable in the twenty-two lap race, Hyman took the checkered flag by more than eleven seconds over his closest competitor to earn his second win in as many races over the weekend. Nick Persing put a pair of TJ Speed drivers on the podium with a third-place result while Jason Alder put three in the top-five with a fifth-place finish.

Race three would be run in wet conditions and Raoul Hyman was the man to beat. Showing his speed in the dry and his prowess in the wet, Hyman drove to his third victory of the weekend and fifth in a row as he swept the weekend. Clearing the rest of the field by more than 50 seconds, the TJ Speed driver and FR Americas championship leader was in a league of his own. Jason Alder recovered from a trip through the infield that dropped him to eighth to move back forward to fifth while Persing ended his weekend with a seventh place result.

It is a quick turnaround for TJ Speed as the Indianapolis based program will return to the Mid-Ohio Sports Car Course this coming weekend for the next round of the Indy Lights Presented by Cooper Tires program.